The golfing public knows the Augusta National Golf Club has the reputation of being a stodgy, behind-the-times country club among the non-golfing public. That may be due to the club being ran by business-like old gentlemen, but it’s certainly getting further and further from the truth, at least with respect to technology.

At least part of this year’s broadcast will be in 3-D. High-Def and 3-D together could be nice, but that remains to be seen. Immediately provable, at least for iPhone owners, is The Masters Tournament iPhone app.

At the moment, as the tournament is still a few weeks away, only last year’s tournament is available, but there’s enough to demonstrate the most of the Masters application’s functions.

Historically, the Masters limited viewers to watching play on limited holes. That has changed in recent years, but working fans still can’t squeeze in much of the live tournament during working hours. Live video through the Masters app can change that, quite possibly to the dismay of many employers.

Fans will be able to see live coverage of Amen Corner (holes 11, 12 and 13), featured group pairings, and holes 15 and 16. Potentially best of all Master app users, what is called “Masters Extra,” an extra hour of additional Masters coverage not available anywhere else. It isn’t known what type of coverage that will be, whether tournament play, player interviews or something else, but any coverage will be a nice bonus. 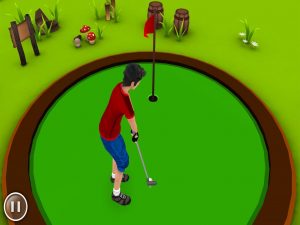 Yes, live radio. iPhone app users can plug in the headphones and listen to a live broadcast of the Masters. The radio broadcast begins at 2:00 p.m. Eastern each day of the tournament and remains on air until the conclusion of the day’s play.

Leader Board, News and Photos

With the possible exception of having an updated leader board at the fingertips, finding each of these is, well, it would be hard not to find them. Masters news and photos can be found everywhere from Ask.com to Yahoo! and all points in between. Having all three together, though, is certainly a positive.

Pre-tournament news is already being updated with some regularity, but the photos are limited to stock photos related to news, last years tournament, and popular photos from years gone by. Again, that will most certainly change in the days leading up to April 8-11.

The Masters iPhone app displays a table containing hole numbers, an artists rendering of each hole that rivals photo quality, par for each hole, and hole yardages. Touch a cell within the table and to see a detailed description of the selected hole. Touch “Watch the Flyover Video” and see a short video flyover of the hole.

Other Pros and Cons

Fans of the Masters know the feeling. The one that comes back every year when television commercials begin promoting and sports channels start talking about the tournament, accompanied by images from the beautiful old course. The Masters app has captured that same essence. Open the app and from the easily navigable home page it feels like the Masters time of year. 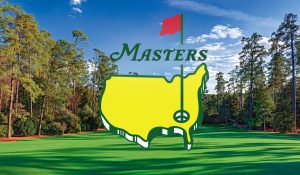 Some of the functions, such as course flyovers and course map, have episodes where they’re not useable. In nearly three weeks of review, those problems have only lately arisen, and it isn’t known whether they are related to the application or to some other technical glitch. Since the Masters is getting closer, the problems could be related to updates in preparation for peak usage.

The Masters Golf Tournament iPhone application, available free for both iPhone and iPod Touch, should be a great competitor for the large sports applications. It surpasses in design and functionality most of the others. It simply gives off that Masters vibe, which means a lot.